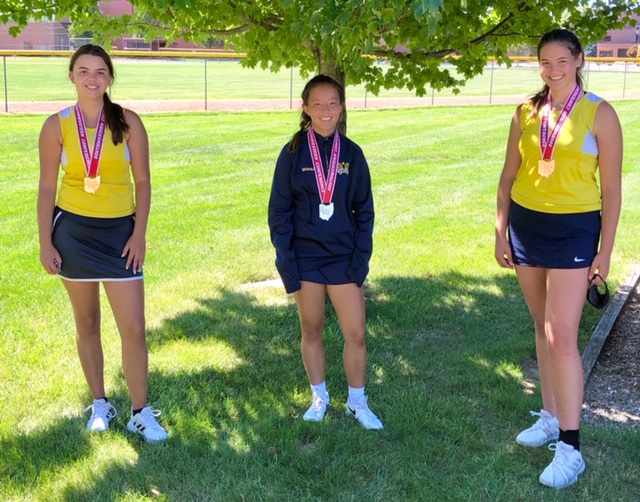 The girls varsity tennis team kept tradition alive by earning medals in the final rounds at the 2020 Southwestern Conference tournament.

First time medal winner, Emma Kassouf playing at third singles and senior co-captain Ellie Goetz at second singles, each earned a medal for fourth place. This is the third year in a row that Goetz has earned a medal at the SWC tournament.

Emma Barnard and Sammie Gaba at first doubles and Kate Barrett and Nora Barnard at second doubles, both won the back draws in their brackets.

The team placed fourth (30 points) overall in the 9 team tournament. It was a very close tournament as Avon placed first ( 45 pts) , Avon Lake (37pts) at second and Westlake (36 pts) at third.

Congratulations to our lady Bulldogs!