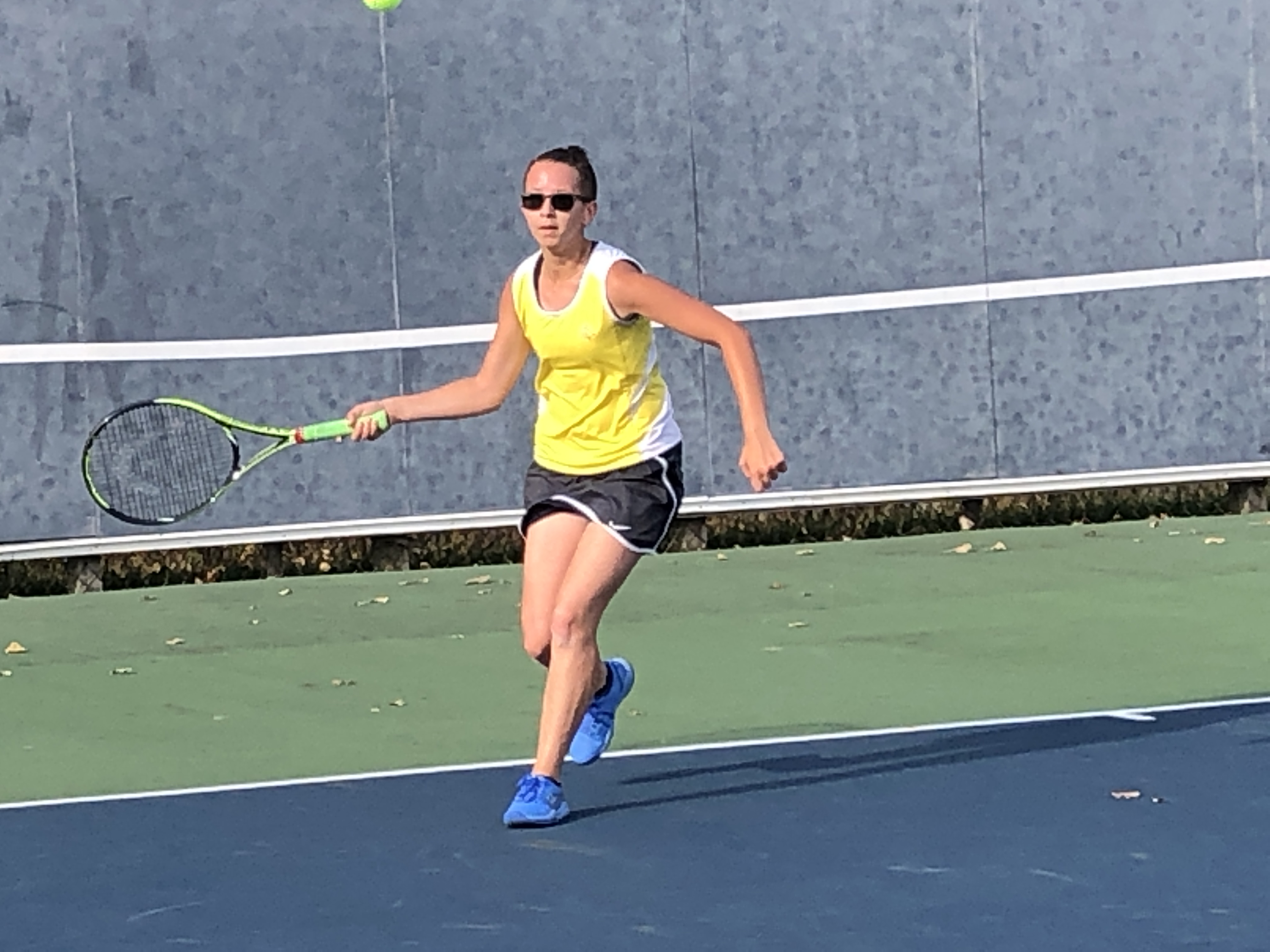 The girl’s varsiy tennis team shut down Normandy with an impressive
5-0 team win. The team continued it’s strong play since off the SWC tournament last weekend. There were a few lineup changes, but that didn’t phase the team as they showed their strength by winning all five courts.

There were three joining the “bagel” club as they defeated their opponents in straight sets. Senior Co-captain Gabby Gosciewski at first singles, Ellie Goetz at second singles and Sam Gaba and Kate Barrett at second doubles. All won their matches 6-0, 6-0.

Senior Co-captain, Ally Leither stepped into her first match at singles this season and brought home the 6-4, 6-2 win t third singles. Leither trailed in the first set, but came roaring back with several strong serves and aces. Leither went on to win the set and followed up with a quick win of set two

Emma Barnard had a new partner at first doubles, but she and Morgan Truscott worked well together and played a very strong match. There were many well placed shots and terrific net play by this doubles duo and that helped them win their match. They only lost one game on the way to their 6-1, 6-0 win

Next up is the varsity sectional tournament at Oberlin College on Monday, September 30th. Play begins at 9am. Come cheer on the Lady Bulldogs!!