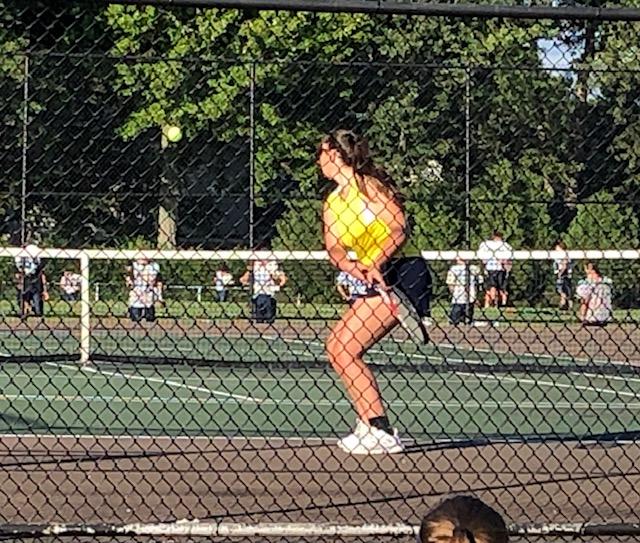 The girls varsity tennis team wins their fourth straight match by defeating Berea-Midpark today, 5-0. The team traveled to their opponent’s courts and took the win in straight sets in both doubles and singles.

Morgan Truscott was first off the courts and didn’t give up a game as she won 6-0,6-0 at first singles. Senior, Ellie Goetz won at second singles with a strong 6-1,6-1 match score
The first doubles duo of Emma Barnard and Sammie Gaba also won in straight sets, 6-1, 6-4. Second doubles came off the courts next and Kate Barrett and Nicole Gaal gave the team another win with a 6-1, 6-4 win. Wrapping up the team win, was Emma Kassouf at third singles with a 6-2, 6-2 win.

The JV team also won today with a 5-0 match score. Congratulations to both Bulldog tennis teams on their wins today!

The varsity team will be at home on Tuesday (N. Ridgeville) and Thursday(Westlake) and will travel to North Olmsted on Wednesday.