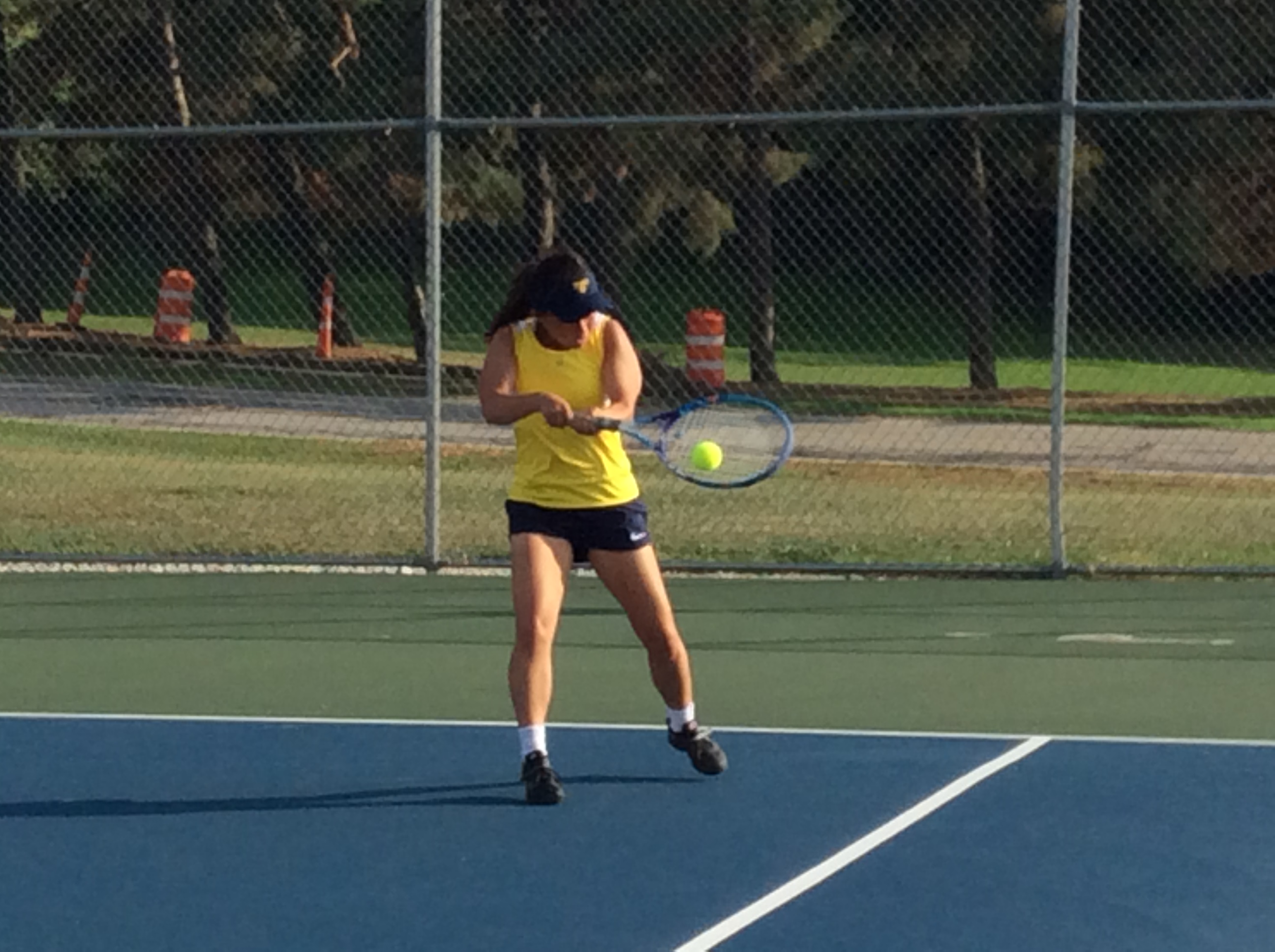 The girls varsity tennis team had six out of their seven teams moving through the first round into second and third rounds at the division one sectional tournament at Oberlin College. It was a long day that started at 9am indoors due to the rain that eventually ended late morning. The outdoor courts were finally dry near 1pm and the tournament was then in fulll swing with all courts being filled with matches.

Senior co-captain, Gabby Gosciewski had a strong two set 6-3, 6-2 win in round one before losing a tough match to Magnificat 6-4, 6-4. The southpaw used her serve and strong ground strokes to keep her opponent on the run and never let up. It was an impressive match for Gosciewski in her final sectional tournament.

Ellie Goetz, also playing at singles, lost to North Olmsted 6-4, 6-1. The junior split matches this season with her conference competitor as she defeated her earlier this fall in dual match play.

Co-captain Ally Leither and junior, Kate Barrett defeated Parma 6-1, 6-0 before falling to the strong number three seed from Magnificat 6-1, 6-0. Despite the loss, this was a very well played match by the Bulldogs as many games went the distance.

Junior Emma Barnard and sophomore, Sam Gaba had a long match against Elyria and played out several games that went back and forth to deuce. The duo held strong and rallied back in games where they fell behind, to get the straight set win 6-4, 7-5. The pair faced Midview in the next round and despite their efforts, they were defeated in straight sets.

The last Bulldog on the courts, was freshman, Morgan Truscott who played one of the last matches of the day. Truscott and her opponent from Avon played to nearly 7pm in the exciting two hour match. Truscott, fresh off a strong 6-2, 6-0 win against Rocky River, gave it her all in her marathon match in round three. There were several rallies lasting fifteen or more exchanges in this close match. It was a great first showing for Truscott as she gave it her all in the 7-5, 6-2 loss.

The lady Bulldog netters had a strong day at the Oberlin Division 1 Sectional. They played with grit and determination as they have all season. The Oberlin sectional is one of the toughest in Northeast Ohio as it has many district and state qualifiers from the area. The team’s advancement through the rounds and their match scores as a team, proved that they were one of the top teams this year at the tournament.Most teams hope to get at least one through the first round. The Bulldogs advanced six. Congratulations to the entire team!