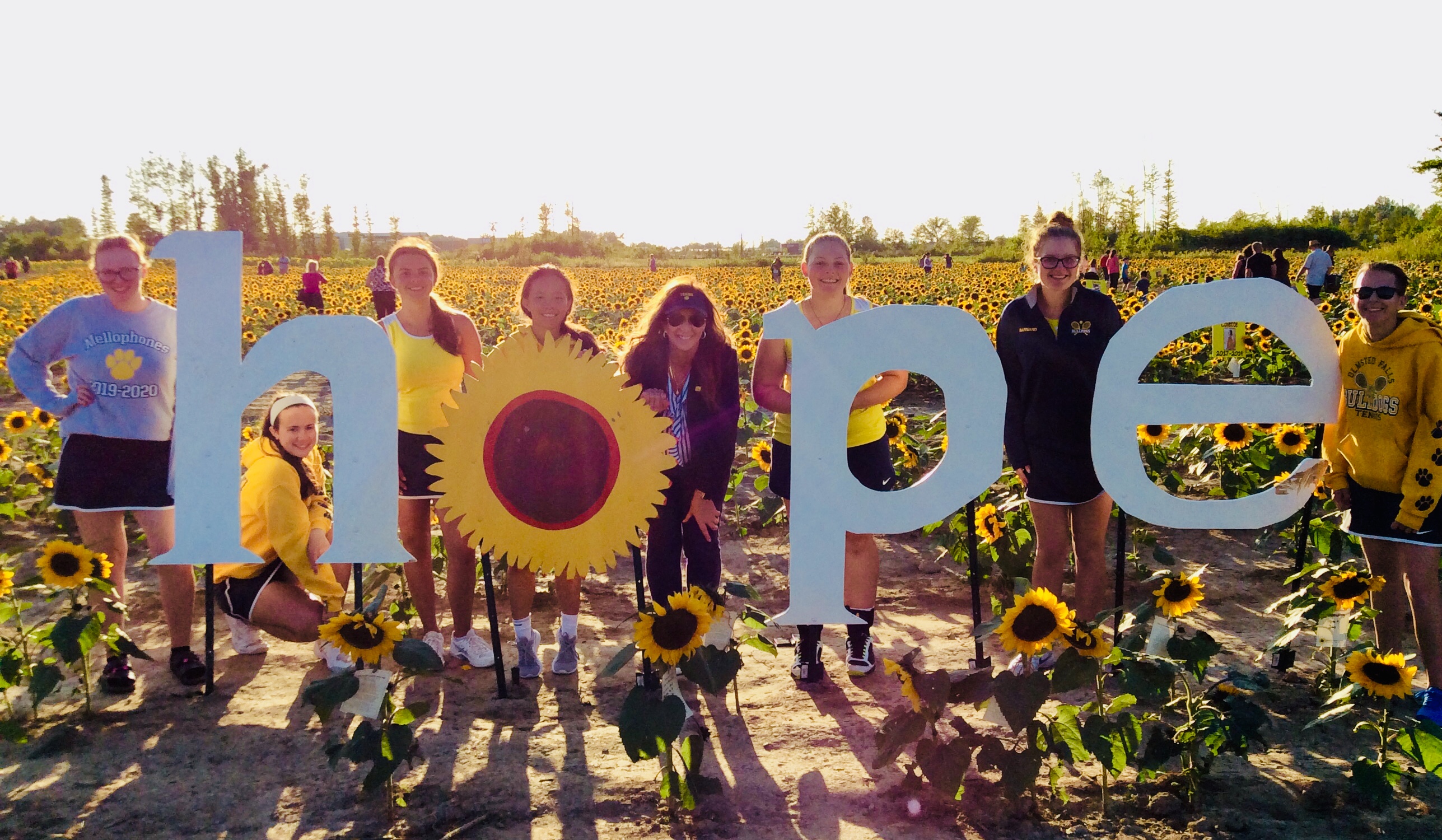 It was a close match between the Bulldogs and the Shoregals of Avon Lake on Thursday and the Bulldogs nearly toppled the number one team in the conference. The lady netters have been gaining momentum all season long and their hard work nearly handed Avon Lake their only team loss of the season.

The biggest win of the day was freshman, Morgan Truscott at third singles. Trustcott kept her winning streak alive and remained undefeated in the SWC and is now 10-0. The easy going Truscott, stayed with her winning style and kept the ball in play until she had an opening or put up a great lob deep into the backcourt. Truscott’s score against the previously unbeaten Shoregal was 6-3, 6-2. Congratulations, Morgan!

Gabby Gosciewski picked up a win after her opponent suffered an ankle injury. Gosciewski is now 7-3 this season at number one singles and is one of the top singles competitors in the SWC.

Junior, Ellie Goetz came storming back in the second set of her match at second singles. Goetz picked up the pace and nailed several hard hitting serves to unsettle her opponent and take the second set 6-4. The third set was filled with long rallies right to the end of the match with Goetz covering the entire court as she fought to win her match. It was a close match but Avon Lake took the final set 6-2.

First doubles duo Sam Gaba and Emma Barnard played a strong match, filled with many great serves, volleys at the net and well placed ground strokes. They never gave up and kept up the pressure the entire match. In the end it was Avon Lake that took the match 6-3, 6-3. The teams will face off again in round two at day 2 of the SWC tournament at Avon Lake this Saturday.The Bulldogs are motivated and it promises to be an exciting match.

Ally Leither and Kate Barrett took a loss from the hard hitting second doubles team from Avon Lake The Shoregals took to the net point after point and controlled the court the entire match. It was a hard loss for the Bulldogs as the Shoregals won, 6-0, 6-1.

The team stopped at the Maria’s Field of Hope for team photos after the match and will be making a donation to the charity in the name of the tennis team. A perfect way to end a road trip and keep perspective. #BulldogPride @ProudCoach