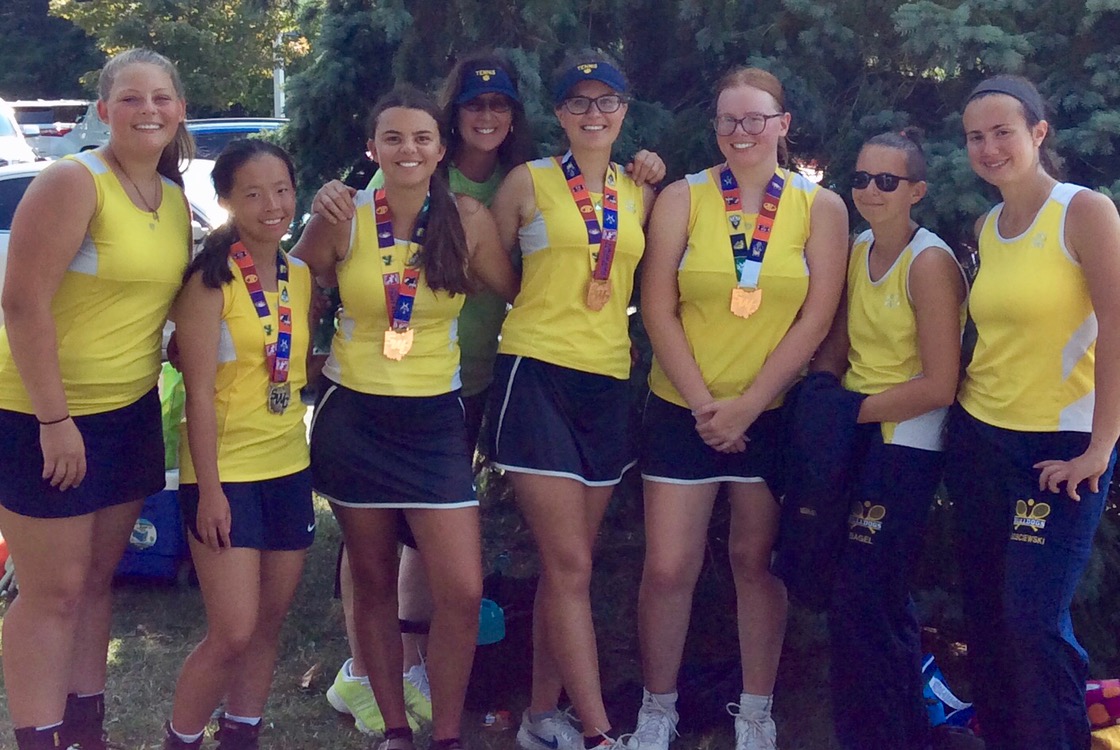 The girl’s varsity tennis team wrapped up the final rounds on Saturday afternoon at Avon Lake with a strong 4th place finish. The results were Avon 47, Avon Lake 41, Westlake 37 and Olmsted Falls 35. Midview was fifth with 24 and the rest of the SWC teams were sixth through tenth place.

Morgan Truscott was in the finals for third singles and had an amazing two days at the tournament. She lost in the finals to Avon, but was awarded runner up in her first SWC tournament. This match was Truscott’s only loss this season.

Ellie Goetz, in her second SWC finals moved up a notch from last year’s fourth place finish as she defeated Westlake in her final match to win third place at second singles.

Gabby Gociewski, holding down the highly competitive and tough number one spot, was the runner up in the back draw of the tournament. Co-captain, Gosciewski has faced the top girls from each school each week and ended her final season in the SWC with an impressive 7-5 record at first singles.

Emma Barnard and Sam Gaba earned a fourth place finish at first doubles. This is their second tournament win as doubles partners. They were fourth place last season at second doubles. They had close matches all throughout the tournament.

Rounding out the lineup at second doubles were co-captain Ally Leither and junior Kate Barrett. The duo lost a heart breaker in the first round with a loss to North Olmsted in a tiebreaker. They rebounded strong, however and took the final two matches to win the back draw.

Head Coach Laura Graham was thrilled with the results from her team. ” This team has grit and determination. They should be very proud to be just a few points away from some of the top teams in the area. Several coaches complimented our team for their efforts and improvement over the past year . A fellow coach told me she never counts our team out because we always come back even if we are down. We proved today that we have the Bulldog spirit and I couldn’t be more proud!”

The team’s next match is Tuesday at home against Normandy. Stop by and congratulate them on their tournament and cheer them on for their final home match.