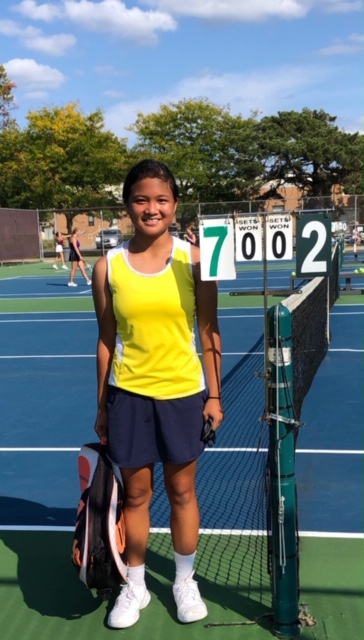 The girls JV tennis team had an exciting day on the courts on Saturday at the Southwestern Conference JV Tournament at Avon Lake High School.

Freshman, Luisa Vallejo defeated Avon Lake in the first round and from there went on to win against Berea-Midpark to take home the the big win at first singles. Vallejo’s final match score was 7-2

Also bringing home wins for the team were Karen Dougher at second singles and Megan Nguyen at third singles. All singles players were 1-1 for the tournament.

Sam Vinning and Sofie Faust competed at first doubles and Kristina Hess and Audrey Helms rounded out the lineup at second doubles. Both teams were 1-1 for the day.

Congratulations go out to the JV team!