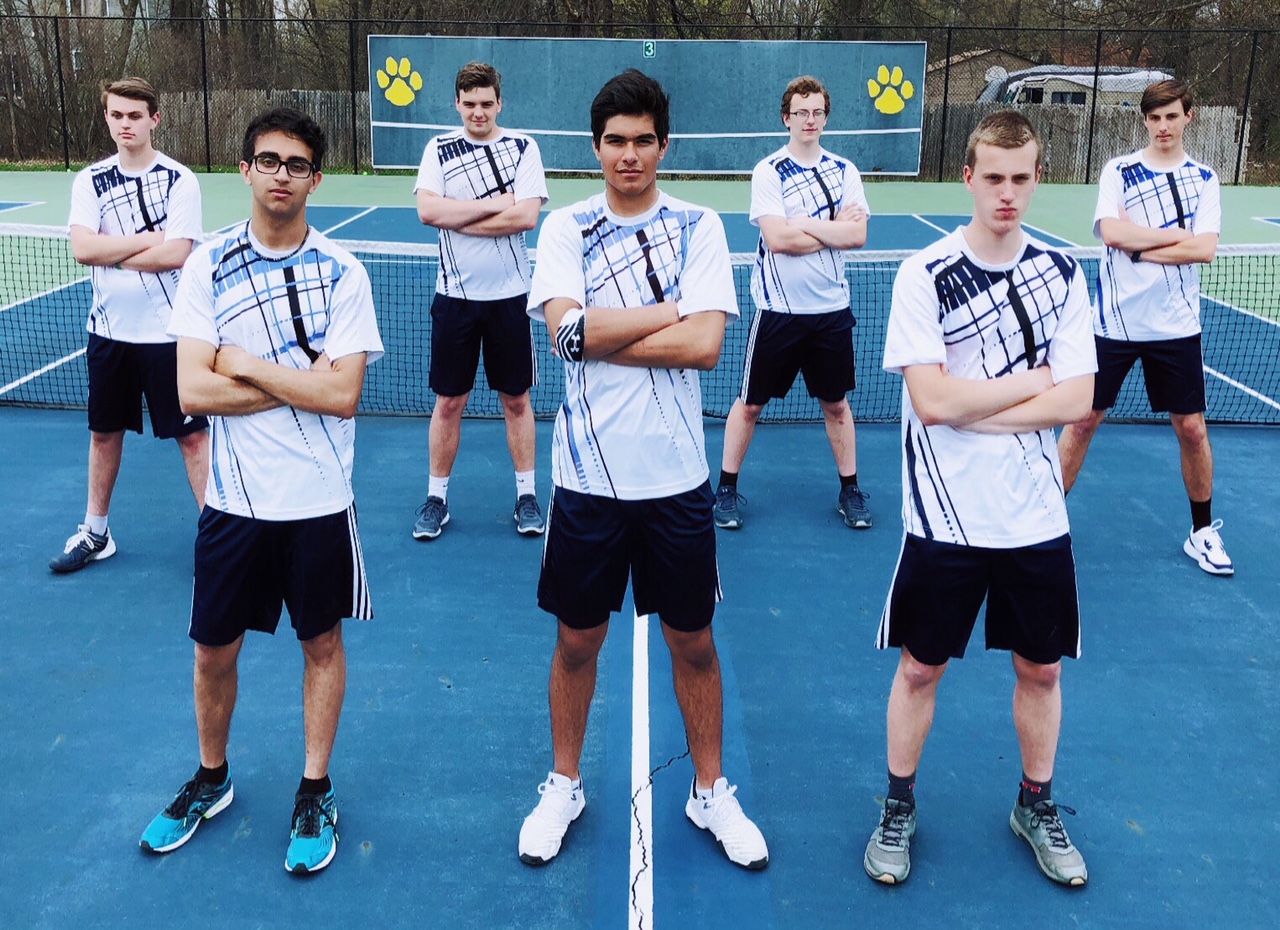 The boy’s varsity tennis team defeated Amherst, 4-1 and earned another conference win. This was destined to be a close match because both teams had defeated several of the same opponents they had faced this season. The winner would gain an advantage in the draw for this weekend’s SWC tournament at Oberlin College. The Bulldogs knew what was at stake and gave it their all to jump ahead of Amherst in the standings and in the draw.

Co Captain, Marco Grgurevic had another strong win at first singles with a 6-4, 6-1 win. Grgurevic set the tone with several giant serves that his opponent could not handle. That was all it took for the door to open to Grgurevic moving ahead in the first set and closing out the match in the second set. Grgurevic is 4-3 at first singles.

At second singles, Nathan Mader played strong from the start and also set the pace with many well placed big serves. It was a quick win for Mader as he won the match 6-1, 6-1.

Second doubles duo, John Gaba and John McNea shut down their opponents easily in the first set, 6-0. They lost some focus in the second set and went down 3-6. In the final set, they really fought back and did what they did best. They played smart at the net, placed their serves and controlled the back court play. The Bulldogs won with a 6-0, 3-6, 7-5 match score. Gaba and McNea are 3-4 in the conference and 4-4 this season overall.

First doubles started out strong in their first set and won 6-4. They battled back in the second, but fell short, 7-5. The match was now down to a 10 point tie breaker for the third set. The team fought, but some costly errors prevented the Bulldogs from getting the doubles win. They lost with a final 4-6, 7-5, 10-5 match score. The team is 3-4 in the conference and 4-4 overall this season.

Varsity head coach, Laura Graham commented on the success of the Bulldogs this season. ” I am so proud of all the boys on the team this year and that includes our young jv team. We had a rebuild after losing 4 seniors from last season, but everyone worked hard and here we are with a strong team .They’ve all had matches they were behind in and yet battled back to get the win. That’s the mentality it takes to win at tennis and they’ve gained that skill and confidence. Plus, they’ve all learned the many hours we’ve put into our serves has made the difference in our matches. Not a match goes by
that I don’t get a compliment about the strength of our serves.”

The varsity is at North Olmsted on Wednesday and will then head out to Oberlin College Saturday morning for the SWC conference tournament. Play begins on Wednesday at 4:00pm and on Saturday at 8:30am. Come cheer the team on!